AGA is a not-for-profit association with a mission to support efforts of industry in improving the safety, reliability and environmental performance of products for the benefit of the Australian community. 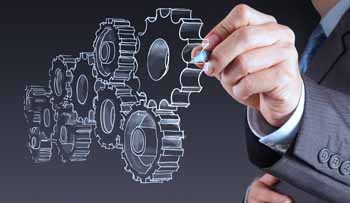 Since 1962, AGA has been involved in the development and continuous improvement of its services, simultaneously playing a key role in assisting the gas and related industries develop highly regarded safety standards for testing and certifying domestic, commercial and industrial appliances, components and other ancillary equipment.

The AGA Constitution defines the organisation, its purpose and how it evolves. It is a key document and includes requirements that help ensure key stakeholder feedback into AGA activities

Bill is our Managing Director & CEO and has been a valuable contributor in the consumer safety sector for two decades. Bill managed AGA’s Certification Schemes and also coordinated the construction and operations of AGA’s Testing Laboratory.

Bill holds majors from the University of Melbourne, in the fields of Engineering (Mechanical) and Computer Science.

Soon after he completed a Bachelor of Applied Science (Physics and Computing), Ivan joined the gas Industry in the early 90’s. He first worked in the R&D department of a large Australian product manufacturer and later joined AGA in November 1995.

Ivan has gained significant experience and extensive knowledge across a range of products associated with AGA’s gas products / cylinders and plumbing certification businesses.

He currently holds the position of General Manager, Regulatory Affairs and has also been involved with Standards committee representation,  AGA’s NATA laboratory and AGA’s Audit and surveillance activities

Dennis holds a Bachelor of Science and a Bachelor of Engineering, with Majors in Mechanical Engineering and Mathematics from Monash University, Australia. He joined AGA in December 2009 working primarily in the Certification area where he developed his knowledge of the Australian Gas Standards.

Dennis has since been positioned in AGA’s Gas and Performance testing laboratory where he has advanced from testing appliances and components to now overseeing and managing the AGA Laboratories.

Don is AGA’s Business Development Manager and holds a Bachelor of Engineering (Biomedical) from the University of Melbourne.

Don has had extensive hands on experience since 2012 in the AGA Laboratory and proudly  served as one of AGA NATA Signatories while also training new university graduates. More recently, Don was one of AGA’s leading Client Managers and ambassador for AGA in the Asia Pacific Region liaising with key partners such as CSA, JIA, CGAC and KGS.

Don’s has a passion for consumer safety and renewable energy solutions and is always their to help AGA customers and members.

Kylie has extensive experience as one of AGA’s main administrative team members since 2004.

Kylie has been involved in Gas, Electrical, Plumbing Product and Cylinder Certification activities early on in her career. She gained valuable instrument calibration experience in the AGA Laboratory as well as supporting key OH&S infrastructure.

Kylie has recently been promoted to AGA’s Executive Assistant and continues to contribute to AGA’s consumer safety goals.