The 59th Annual General Meeting of The Australian Gas Association Limited was held on 27th November 2020.

The minutes of the 58th AGM were tabled and accepted as a true and accurate record and were signed accordingly by the Chairman.

Following the AGM, the first meeting of the new Board was convened at which the following directors and office bearers were confirmed. 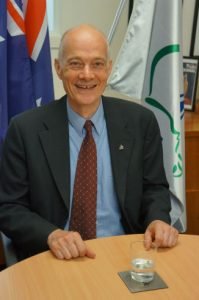 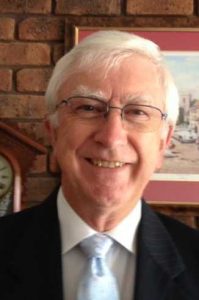 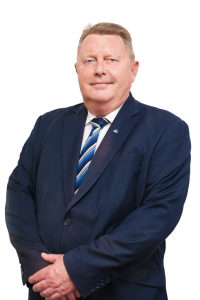 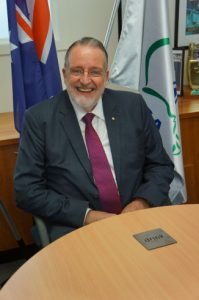 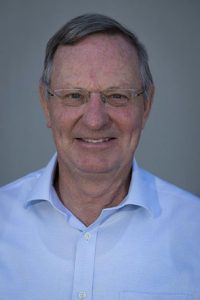 The Chairman delivered a comprehensive Report to Members which included aspects relating to the Association’s performance over the past pandemic year and included strategic considerations for the organisation in a post-pandemic world.

The Chairman acknowledged the success of the combined efforts of the Australian and State Governments which have generally contained the virus through a regime of varying levels of restrictions on both businesses and on their citizens generally, however he noted that the successes we have experienced are tempered by alarming trends developing in Europe and in the Americas.

Mr Devlin noted the pandemic had seriously hurt many businesses and AGA was not immune to the general downturn in market activity and he thanked all AGA Members for their ongoing support over the past very challenging and difficult year.

Despite recent difficulties, the Chairman forecast a very bright future for the gas industry. He noted that natural gas is now seen as a transitional fuel by the Federal Government. It has adopted the Hydrogen Road Map developed by Australia’s Chief Scientist, Dr Allan Finkle and is encouraging green hydrogen to replace natural gas in Australia by 2050.

Mr Devlin noted that a progressive transition from natural gas to hydrogen would present many challenges but that the industry is up for the challenge and will eagerly embrace the opportunities that will undoubtedly emerge. AGA is ready to play its part in this transition Mr Devlin said and, to this end, has developed a world class Hydrogen Research and Testing facility for gas appliances and components.

The Chairman said that over the course of the past year, AGA had confronted the challenges and embraced many opportunities. As examples, he cited the expansion of hydrogen testing, energy labelling, whitegoods testing, the launch of a new scheme for listed gas fitters and a means to reach out to consumers to emphasise AGA’s ongoing commitment to consumer safety though a standards-based approach and independent product certification.

Once again, Mr Devlin thanked all the AGA Members and customers for their ongoing support as well as the many who have supported AGA in a myriad of ways. He finished by wishing all a very Merry Christmas and a Happy, Safe and Prosperous New Year.

A hydrogen refuelling station powered entirely by renewable energy is taking shape in Melbourne’s western suburbs. Toyota’s vehicle assembly line located in Altona, one of Melbourne’s western suburbs is being converted into a hydrogen production and education centre which will be known as the “Toyota Australia Hydrogen Centre”.  Construction is well advanced and the project is on track to be complete in the first half of 2021.

Under the plan, this $7.4 million development, the Australian Renewable Energy Agency (ARENA) has provided $3.1 million funding to demonstrate an end-to-end process for the production, storage and use of renewable hydrogen.

The centre will be equipped with a hydrogen electrolyser, commercial grade hydrogen refuelling station and education spaces, helping Toyota to achieve its target of zero emissions from its sites and vehicles by 2050.

The hydrogen refuelling station will be the first to be made available to the Victorian public, offering hydrogen produced using electricity from on-site solar panels and battery storage.  Whilst construction has been delayed by COVID-19, the project is due to be completed in the first half of 2021.

The Altona plant is designed to produce up to 80kg/day of renewable hydrogen for refuelling hydrogen fuel-cell vehicles such as the Toyota Mirai and Hyundai Nexo mid-size.

The hydrogen produced at the facility will be stored in a series of pressure vessel tanks prior to being used to refill hydrogen fuel-cell vehicles.  The plant also features a 30 kW fuel cell to convert excess hydrogen back into electricity to power the site should that option be needed.

One of the advantages of hydrogen fuelled electric vehicles is that the refill time only takes a few minutes i.e. similar to the refuelling time for petrol and diesel vehicles.  The time required to refuel hydrogen fuel cell vehicles is considerably less than the time to recharge the battery of an all-electric vehicle.  By way of comparison, popular battery electric vehicles can take more than half an hour to reach 80% battery charge – on even the fastest chargers.

You can read more about this project at:

The Victorian Government will split the Department of Health and Human Services (DHHS) in an effort to improve its efficiency and streamline its operations. DHHS played a key role in leading the state’s response to the coronavirus pandemic and the government will demerge Health from Human Services.

Premier Daniel Andrews announced plans to separate the department that many have come to believe is unnecessarily bureaucratic, unwieldy and dysfunctional, particularly in light of the Hotel Quarantine debacle. Today’s announcement reverses a decision taken by the Premier when he merged the two departments back in 2015.

Certainly the coronavirus pandemic has presented many extreme and unprecedented challenges that would push any organisation to the limit in trying to meet the extraordinarily diverse range of demands of a community in crisis. Through the course of this pandemic, DHHS has been put to an extreme test. It comes as no surprise that some believe mistakes were made and, no doubt, there have been lessons learned. The decision is expected to be broadly welcomed a number of organisations, including the Opposition, the Australian Medical Association and other health groups.

Australia’s 3.5 million small businesses support our national economy, employing almost half of the Australian workforce. Late or long payment times can cause significant problems to their cash flow, impacting their business.

To address this, the Australian Government has introduced the Payment Times Reporting Scheme. The scheme aims to help payment outcomes for small business. It will create transparency around the payment practices of large businesses to small businesses.

The scheme will require large businesses with an annual income of over $100 million to report on their payment terms and practices for their small business suppliers. It will help create faster and fairer payment times for Australia’s 3.5 million small businesses.

To help businesses understand their new reporting requirements and the various elements, the Department of Industry, Science, Energy and Resources have developed information and guidance material.
This information is available at industry.gov.au/PTRS

Following our recent NATA reaccreditation audit we are pleased to announce our Laboratory Scope of Accreditation has been further updated to include all of the newly published AS/NZS 5263 suite of Standards, including AS/NZS 5263.1.9 -2019 and AS/NZS 5263.1.7 – 2020.
Visit our NATA scope page here to see our full list of Accredited Standards.

Also, after the recent announcements by the GTRC regarding the transition to the new LCC27 LPG cylinder connection, know that the AGA Lab has you covered for all of your testing needs to AS4627 and AS2473 for these new connections.

Feel free to contact the AGA Lab (lab@aga.asn.au) if you have any questions.

If you would like to submit any comments, you may forward them to our Group Manager, Technical Operations, Mr Bill (Vasilios) Tabourlos [btabourlos@aga.asn.au], or directly through the Standards Australia website: Click Here