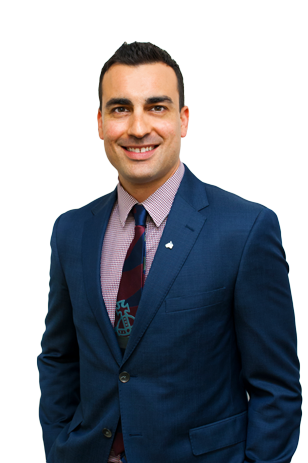 Bill started his career with AGA in 2004, and holds an Honours in Bachelor of Engineering (Mechanical) and a Bachelor of Science (Computer) from the University of Melbourne.

Bill is now our Managing Director & CEO and has been a valuable contributor in the Australian gas industry from the start of his career. Bill managed AGA’s Certification Schemes for over five years and also coordinated the construction and operations of AGA’s Gas Appliance and Components Testing Laboratory. As Laboratory Manager and leading NATA Signatory, he successfully managed the AGA Laboratory while it became the largest gas appliance and component testing facility in Australia before being promoted to his current position. He also contributes as a NATA Technical Assessor to assist in the maintenance and advance in technical expertise in the gas industry.

During his career with AGA, Bill was instrumental in the development of AGA’s Cylinder, WaterMark and Test Station Certification Schemes. The projects involved detailed research and development of specific on-site inspection & testing as well as enhanced ISO 9001 quality system auditing well above typical JAS-ANZ Level 5 Scheme requirements. The results for the Cylinder Scheme proved successful and effective, where for the first time in the LP Gas industry, high quality Certification services and solutions were made available to cylinder importers and suppliers. Bill has also been representing AGA on Standards Australia Committee ME-002 (Gas Cylinders) and his contribution resulted in radical improvements to key Standards such as AS 2030.

Bill has been a long standing contributing member on other Standards Australia Committees, namely, AG-001 (Gas Appliances), AG-013 (Gas Components) and AG-009 (Natural Gas for Vehicles). In particular, he was involved with the re-publishing of the entire suite of the gas component Standards in 2004, development of AS 5092 (CNG re-fuelling stations) in 2009 and major changes to AS/NZS 1869 (Gas hoses) in 2012.

Bill has a strong commitment and passion to consumer safety and the sustainable future of our gas industry.